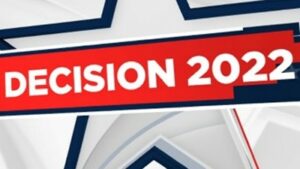 Republicans have regained control of the U.S. House of Representatives for the first time since 2018, ending four years of Democratic rule in Washington and ushering in a new era of divided government. Democrats overperformed expectations, retaining several seats and losing the majority by a narrower margin than expected.

House Republicans will oversee writing the 2023 Farm Bill and the agriculture appropriations bill. With a Republican-controlled House, expect farm bill discussions to be pro-farmer and pro-traditional agriculture. With the significant investment in climate change mitigation practices, climate-smart commodities, and conservation provided by the Inflation Reduction Act, the Infrastructure Investment and Jobs Act, and through the administrative use of Commodity Credit Corporation funds, Republicans may redirect funding within the conservation title into production agriculture programs such as Title I programs, crop insurance and even new margin protection programs.

Democrats narrowly attained a majority in the Senate. Chair, Sen. Debbie Stabenow (D-MI), is expected to remain on the Senate Committee on Agriculture, Nutrition and Forestry. With his victory in Arkansas, Sen. John Boozman (R-AR) will remain as Ranking Member on the Committee. Sen. Stabenow’s leadership of the 2023 Farm Bill in the Senate will likely emphasize incentives for conservation practices, rural development and broadband. Maintaining additional climate-related funding will also be a priority, along with protecting nutrition programs.