93.7% of Salmonella illness not attributed to eggs

According to a new inter-agency report, eggs caused just 6.3 percent of Salmonella illnesses in 2019. Chicken, fruits, pork and seeded vegetables each accounted for more than 12 percent of the illnesses, based on multi-year outbreak data.

The report, a collaboration between the Agriculture Department, the FDA and CDC, tracks illnesses caused by Salmonella, Escherichia coli O157, Listeria monocytogenes, and Campylobacter. In addition to Salmonella, the report attributed 3.3 percent of Lm illnesses to eggs, but the other two pathogens caused no egg-related illnesses.

Figure 2 shows food sources of Salmonella illness calculated by the inter-agency system. The calculations are complex and somewhat indirect, and the agencies provide an explanation of how they arrived at their numbers in the text of the report. This report calculates illnesses from all Salmonella serovars, not just Salmonella Enteritidis. 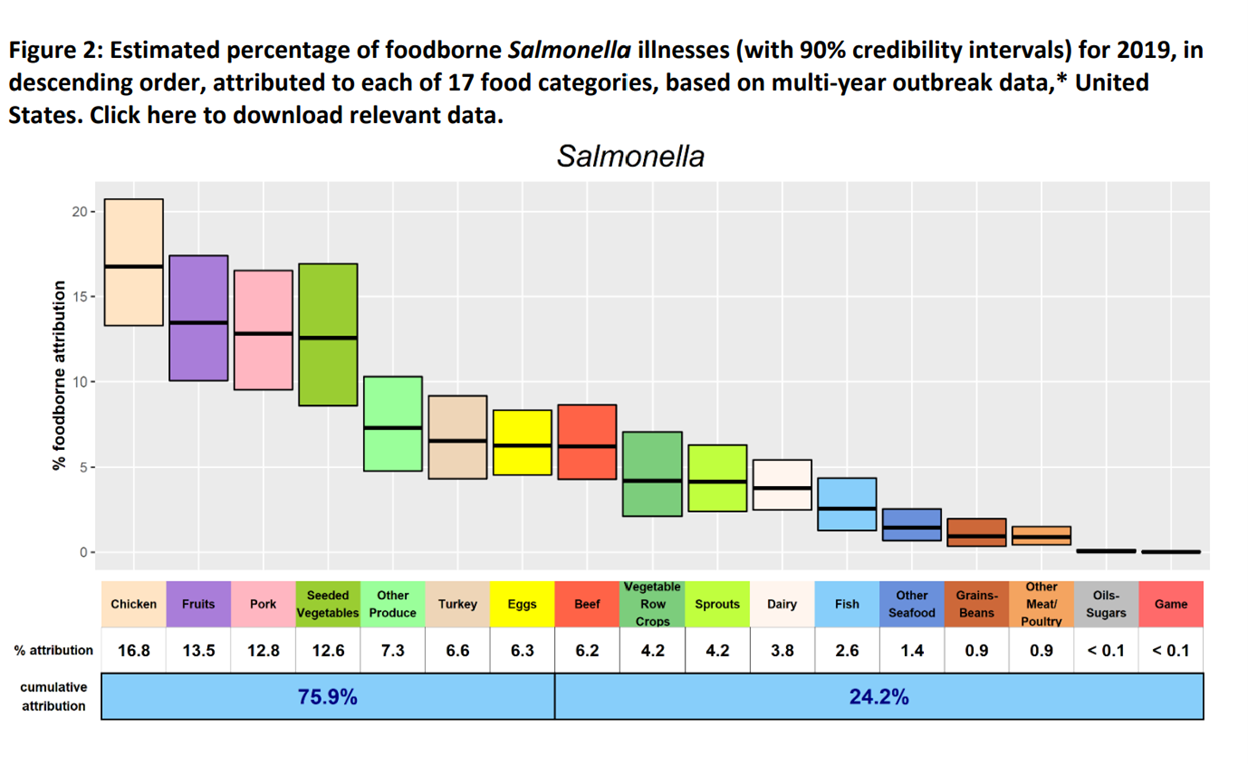