The American Egg Board has named Emily Metz as president and CEO. Metz is an ag industry veteran with broad experience working in agriculture trade associations and the private sector. “UEP welcomes Emily and her impressive leadership experience and dedication to the ag community. We look forward to continuing collaboration with AEB in strong support of egg farmers,” said UEP President and CEO Chad Gregory. 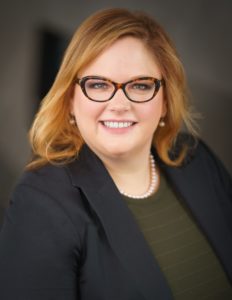 Metz was most recently head of Global Research and Development Communications and New Product Marketing for the world’s largest animal genetics company, the U.K.-based Genus Plc. There, among other accomplishments, she crafted a global consumer marketing and communications strategy for the commercial launch of several groundbreaking animal agriculture technologies. Before Genus, Metz served as Chief of Staff at the National Milk Producers Federation, where she also oversaw the industry’s animal welfare, sustainability and worker welfare program, the National Dairy Farmers Assuring Responsible Management (FARM) Program. Before that, Metz served as Vice President of Communications and Membership at the Animal Agriculture Alliance.

The recipient of numerous awards in public relations, communications and marketing, Metz began her career at the USDA in the Office of the Under Secretary of Agriculture for Food Safety. She holds a BA in Journalism and Mass Communications and International Affairs from The George Washington University in Washington, D.C., and a Juris Doctorate from Seton Hall University in Newark, New Jersey. She is a licensed attorney in several jurisdictions.