The Agricultural Marketing Service has announced 2019 fees for voluntary grading programs and proposed changes in how fees are assessed. The new fees will be effective in October.

The regular scheduled (resident) rate will increase from $52 to $62 per hour. For unscheduled (fee) service, hourly rates will rise from $90 to $99, and for audit-based verification services, from $105 to $115. 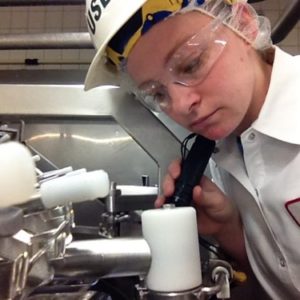 AMS stressed that the higher fees assume that changes recommended in the separate proposed rule are finalized. Among other changes, the proposed rule would eliminate the current administrative volume charge. Instead, the volume charge would be incorporated into the hourly rate. According to AMS, this would make poultry and egg grading consistent with other grading programs administered by the agency. In a notice to stakeholders, the agency said: “Most of the fee increase announced for FY 2020 reflects the folding in of expenses previously (though insufficiently) accounted for by the administrative volume charge, which had not been updated since 2009.”

The proposed rule is open for public comment through May 24, and UEP will file comments. The Government Relations Committee will discuss this and related issues at its upcoming Legislative Meetings on May 15. See below for the scheduled fees. 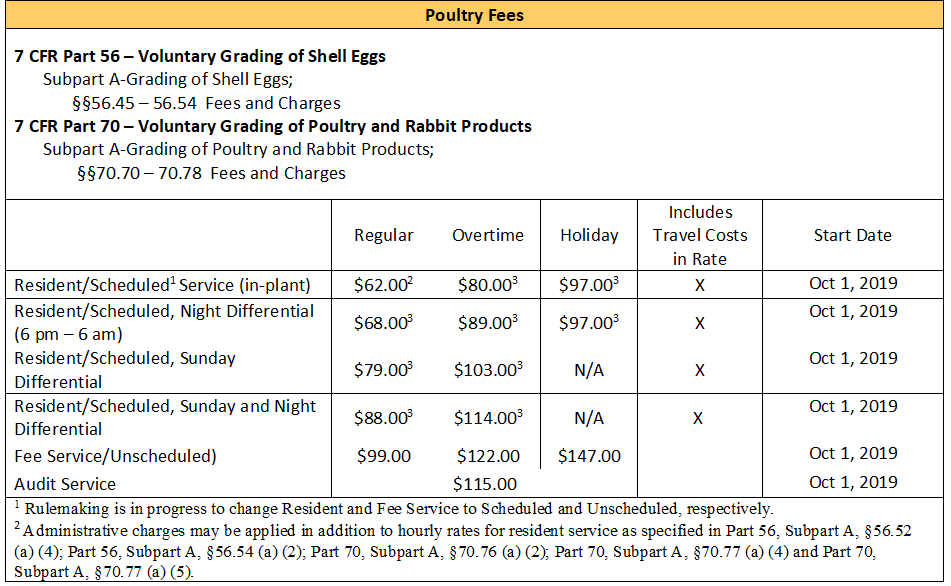