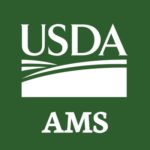 The Agricultural Marketing Service (AMS) is seeking comments on an economic analysis report related to a final rule on organic livestock and poultry practices. The Obama-era rule was subsequently withdrawn by the Trump administration, and the Organic Trade Association sued AMS in district court over the withdrawal. At AMS’s request, the court remanded the challenge in order for the agency to supplement the record with a further analysis of the rule.

An AMS economist, who had not previously been involved in the organic rule, carried out an economic review of the original regulatory impact analysis that was used to justify the final rule. He found numerous errors and inconsistencies, notably errors in the calculation of costs and benefits. Now the agency is inviting public comments on the economic analysis. Comments are due May 26.