Animal extremist groups continue to be active, causing disruption on farms and in stores. Their protests highlight the importance of consistently following high animal welfare standards, preparing in advance for emergency situations, including activist rallies, and developing relationships with local officials in the event of a crisis.  The UEP publication “Protect Your Farm Against Animal Activists” provides more guidance on this topic.

Approximately 200 Direct Action Everywhere (DxE) protesters attempted to occupy a broiler farm in Sonoma County, California on September 29.   During the attack, nearly 70 protestors broke into barns and removed birds. Sixty-seven of the protesters were arrested for trespass and burglary and held on $20,000 bond. One protester was also charged with assaulting the owner of the facility.  Authorities transferred care of the stolen birds to local animal control.  A DxE representative noted they had trespassed onto the farm for several months in preparation for the large protest. This latest incident has received significant press coverage in popular media such as Forbes and MSN, likely due to the number of individuals arrested.  Read the Sonoma County Sheriff’s Office summary here. 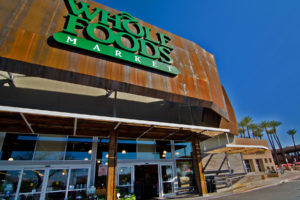 Whole Foods received a restraining order against Direct Action Everywhere (DxE) prohibiting members from protesting at their Berkeley, California store. Whole Foods initially sought a permanent injunction for all stores in the state of California; instead, the judge issued a temporary order for only the Berkley store. The restraining order was granted following several protests at the Berkeley location and a DxE announcement about plans for a future week-long protest.  DxE members said that the restraining order will not stop their protest efforts.  Additional details, including past DxE activities against Whole Foods, were published in articles in the Daily Californian and KPIX, SanFrancisco.

Compassion in World Farming (CIWF) has updated Egg Track, which the organization describes as “a tool to help achieve a cage-free future, together.”  Annually, CIWF sends surveys to 100 companies requesting progress towards cage-free. The tracker shows publicly available information along with information gathered in the survey. This year only 27 of 100 companies reported their progress, compared to 20 of 73 companies in 2017. The report highlights the need for companies to clarify the scope of their commitment for specific products or egg types.  Interestingly, there are companies that have made cage-free commitments but did not report to CIWF.  For example, Mars Inc. reported a  global commitment of 40% cage-free eggs to the Detroit News.