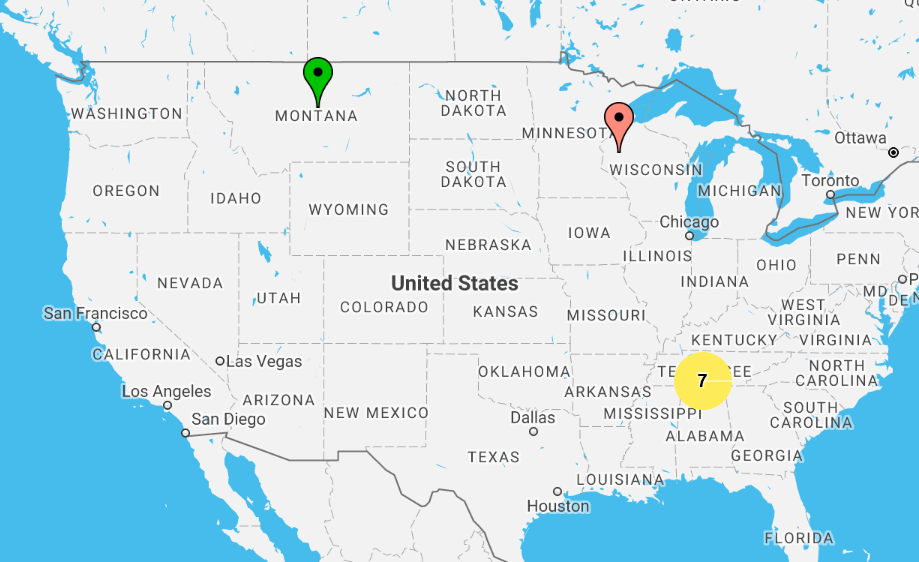 Over the past two weeks, there were detections of both high pathogen (HPAI) and low pathogen avian influenza (LPAI) in the lower Mississippi flyway. The HPAI detections receive national headlines, while we’ve witnessed the LPAI detections can fly below the radar – especially when there has already been an AI detection in that state. With the frequency of detections increasing, particularly in Alabama, a March 22 article by Associated Press was circulated in 100-plus media sources with the headline, “Expert: Bird flu outbreak nation’s worst since 2015.” This interactive map by WattAg tracks detections confirmed in 2017 by Animal and Plant Health Inspection Service (APHIS). Read on for the timeline and detail of recent U.S. detections.

Alabama Detections: On March 16, testing confirmed that a sample collected from a guinea fowl at the TaCo-Bet Trade Day flea market in Scottsboro was positive for LPAI H7N9. A second H7N9 case was confirmed March 21 from a backyard flock in Madison County. On March 21, a third case was confirmed as LPAI in a commercial broiler breeder flock in Pickens County – over 100 miles away from the first two cases and near the Mississippi border. On March 22, two other low pathogen cases were confirmed, one in a commercial broiler breeder operation in Lauderdale County and one in a commercial flock in Cullman County. Per press release from the Alabama Department of Agriculture and Industries, the commercial flock is under quarantine. Surveillance zones are in place surrounding the affected premises in the northern and western Alabama counties.

On March 14, Alabama imposed a stop movement order for all non-commercial poultry in the state.

Kentucky Detections: On March 17, LPAI of H7N9 type was confirmed in a commercial broiler breeder flock in Christian County, Kentucky.

Wisconsin Detection: On March 6, LPAI of H5N2 type was confirmed in a flock of 84,000 turkeys in Barron County, in northwest Wisconsin. The virus was of North American wild bird origin and distinct from the H5N2 viruses found in 2015.