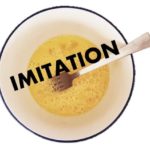 Commenting on a proposed rule that would establish general principles for food standards of identity, the groups said many plant-based products “use terms that are clearly defined by existing standards of identity in ways that both violate those standards and create significant consumer confusion.“

The comment cited several examples of consumer surveys that clearly show that many Americans mistakenly think the imitation products are nutritionally equivalent or even superior to animal-based foods. For example, many egg imitators have high levels of sodium, while eggs do not.

Separately, the Egg Nutrition Center provided science-based comments on the food standard principles, noting that “real eggs and egg products have a unique nutritional profile that is significantly different than imitation products, yet a recent consumer insights study found a significant proportion of consumers do not understand the nutritional difference between these products.”