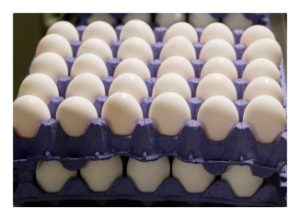 income people, according to a study commissioned by a consortium of U.S. agricultural and biotechnology groups. The groups have urged the U.S. government to fight the ban, which is scheduled to go in effect in 2024. The study, conducted by World Perspectives Inc., projects that in the event of a ban –

Eggs are the second-largest protein in the Mexican diet behind poultry meat, and Mexico has the world’s highest per capita egg consumption. The report projects that the production of eggs in Mexico would decline and imports would increase.

The report states: “Imported eggs (minus exports) are currently just 2.9 percent of Mexican consumption but are likely to rise due to the lower production costs using conventional feed in supplying countries. An area identified by foreign suppliers for growth in Mexico is the baking and food processing sector. Because Mexican eggs would be priced higher under the GM corn ban, growth in the value-added sector would be filled by imported egg products.”