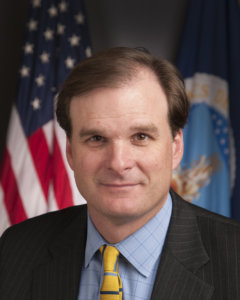 Secretary of Agriculture Tom Vilsack is closer to having a sub-Cabinet in place.  President Biden nominated a key under secretary, and the Senate Agriculture Committee scheduled a hearing on April 22 on Biden’s nominee for deputy secretary, the Agriculture Department’s #2 position.

Robert Bonnie, a former Obama administration USDA official and now a climate adviser in Vilsack’s office, will be nominated as Under Secretary for Farm Production and Conservation. Bonnie, if confirmed, would oversee two agencies that are likely to be critical to USDA’s role in responding to climate change: the Farm Services Agency and the Natural Resources Conservation Service. Bonnie has advanced the idea of creating a “carbon bank” through USDA’s Commodity Credit Corporation to effectively set a price floor under carbon credits available to farmers.

The nomination of Dr. Jewel Bronaugh as Deputy Secretary has won praise from farm and food groups. She is currently Commissioner of Agriculture and Consumer Services in Virginia and has a background in land-grant institutions.