The DC Circuit Court of Appeals made it official on February 2 and granted U.S. EPA’s request to delay the effective date of the court’s CERCLA-EPCRA reporting mandate. The effective date of the mandate is now May 1, 2018.  U.S. EPA requested the delay to provide time to inform producers about these requirements and prepare producers and the agency for reporting.  The environmental litigants did not object to U.S. EPA’s request.  This week bipartisan legislation is expected to be introduced that would eliminate from CERCLA the requirement that air emissions from manure be reported to federal authorities.  As soon as the legislation is filed, UEP will provide producers the information needed to contact their Senators and U.S Representatives in support of this important and helpful legislation. 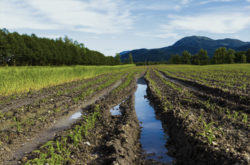 Also in early February, U.S. EPA issued its final rule that delays the effective date of the 2015 WOTUS rule.  This action was required after the Supreme Court issued a decision (largely supported by agriculture and industry) that the proper legal venue for hearing challenges to the WOTUS rule is the federal district courts, not the circuit courts.   This decision will end the national stay of the 2015 WOTUS rule that had been issued by the 6th Circuit Court.

To help avoid confusion as to where in the country the 2015 WOTUS rule is in effect, U.S. EPA issued the rule last week.  The rule states the 2015 rule will not be in effect for two years, during which time they will be developing a new, final WOTUS rule.  This latest rule by U.S. EPA, unfortunately, will not be able to end the confusion, as a large group of states that support the 2015 rule have filed suit in federal court in New York to stay U.S. EPA’s latest rule.  Multiple parties will join this suit on both sides of the question.