After nearly a week of awaiting election results, former Vice President Joe Biden has been declared President-Elect. Democrats will likely retain control of the House, although with a narrowed majority, and the Senate will await a runoff in Georgia that will determine which party will be in control. 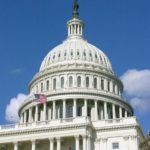 Democratic control of the White House will significantly shift the Congressional approach to agriculture, nutrition, and trade policy issues. The Senate Agriculture Committee and the Appropriations Committees in both the House and Senate will have new leadership, and addressing climate change, nutrition programs, and support for small and minority farmers will likely take priority. The election outcome also emboldens nutrition assistance policy changes, including a widely-pushed-for 15 percent increase in SNAP benefits in response to pandemic-related economic needs. President-elect   Biden will work closely with the 117th Congress to achieve many of the agriculture policy priorities he outlined during his campaign. In addition to the aforementioned,  Biden’s agriculture priorities include investment in research and development, expanding farmworker protection through changes to the H-2A visa program and providing wage and union protections, as well as an additional $20 billion investment to expand rural broadband and network deployment.

While Biden’s trade priorities are less defined, U.S. relations with China will remain a top priority, including fulfillment of the Phase One trade deal, although Biden’s approach and process on confronting China is likely to shift to seek coordination with U.S. allies. 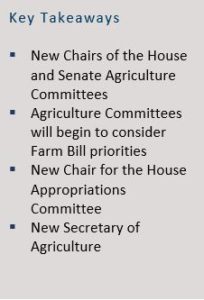 It is difficult to predict potential Biden appointments, as the campaign did not release any preliminary short lists. The transition for USDA is being led by former USDA official Robert Bonnie. Rumors regarding Biden’s Secretary of Agriculture have centered around former Senator Heidi Heitkamp (D-ND), Representative Cheri Bustos (D-IL), and Representative Marcia Fudge (D-OH). Other potential candidates include former Deputy Secretaries of Agriculture Kathleen Merrigan and Krysta Hardin, former President of the American National Farmers Union Tom Buis, and Congressman Collin Peterson (D-MN), after his narrow loss to Republican Michelle Fischbach.

Biden has also said he plans to direct sweeping changes across federal agencies, which could include appointing a climate and energy czar. While a list of candidates has not been formalized, former Secretary of State John Kerry and former Bill Clinton adviser John Podesta are likely among those being considered for the possible position. Click here for the complete report.