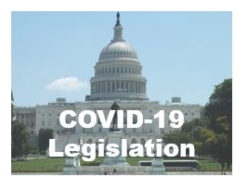 On February 10, the House Agriculture Committee met to consider the agricultural provisions of the budget reconciliation measure, S. Con. Res. 5. The measure is part of the $1.9 trillion COVID relief package and outlines the $16.1 billion for USDA. The lengthy markup concluded with a party-line vote to adopt the measure.

House Democrats expressed an urgency to pass the bill to secure access to additional funding for food and nutrition programs in an effort to address racial disparities. Ranking Member Thompson criticized the measure, as well as the process in which it was developed, saying everything was done without Republican input. Reps Thompson, Cammack, Feenstra, and Fischbach were determined to secure the approval of amendments that would specialize the uses of the funds being discussed. Rep. Austin Scott was outspoken in his effort to warn the Democratic side that race selective aid would be challenged in court. The committee ultimately ordered the bill, as amended, to be favorably reported to the House by record vote. Click here for a section summary of  S. Con. Res. 5  and the amendments considered during the House Agriculture Committee meeting. Click here for the February 16 Cornerstone Legislative Update.