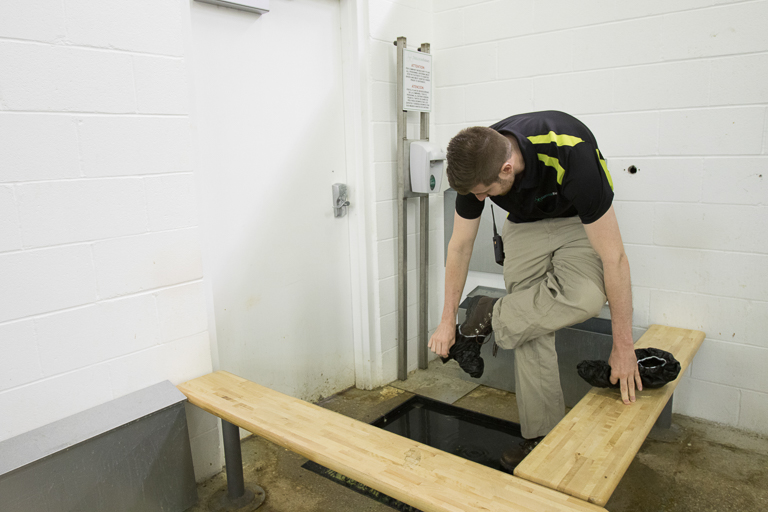 U.S. egg farmers have employed strict biosecurity measures for decades to keep their flocks healthy and protect hens from disease. Many egg farms have enhanced their biosecurity in recent years as more is learned about transmission of diseases that can harm birds.

While no two egg farms are exactly alike, here are some examples of newer biosecurity practices that some egg farms employ.

The majority of eggs available in grocery stores are produced under UEP Certified standards, which mean the egg farms voluntarily commit to follow guidelines established for the well-being of egg-laying hens. A third-party auditor certifies that egg farms follow the UEP Certified guidelines, which include training in biosecurity and hen care practices for all hen caretakers. All employees sign a code of conduct that they will follow the farm’s standards, and that they will avoid contact with other birds not owned by the egg farm.