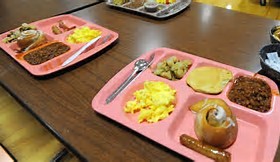 Kids who like hard-boiled eggs could find more of them in their schools next fall.

A new USDA regulation on school snack standards gives whole eggs a pass from limits on total fat and saturated fat that might otherwise bar them from the list of approved snacks. USDA reasoned that eggs are nutrient-dense – they have lots of nutrients in relation to their total calories, which are relatively low.

A little background: Schools across the United States serve nutritious, balanced meals as part of the National School Lunch Program and the School Breakfast Program. Eggs can be – and are – part of these programs, which charge kids according to income level, so that students from low-income families pay less, or nothing at all. For example, more schools have introduced salad bars to encourage higher vegetable consumption, and slices of hard-boiled eggs can be a popular salad component. Or at breakfast, egg sandwiches might be a popular, portable choice, just as they are at quick-serve chains throughout the country.

Then there are so-called “competitive foods.” These are foods sold in the schools, but not as part of the meal programs – so they compete with those programs. Think vending machines. But also think a la carte food sales in the cafeteria itself.

Hard-cooked eggs can be a delicious, nutritious choice for students who – for whatever reason – don’t eat the cafeteria meal. They’re high in protein; they’re a good source of vitamin D, which is lacking in most of our diets; they supply other nutrients such as choline. Yes, eggs have some saturated fat. To be exact, they have 8% of the Food and Drug Administration’s guideline for your maximum daily saturated fat intake. Not 80% -- 8%. That means after you eat an egg, you still have 92% of your daily sat-fat consumption left, if you choose. That doesn’t seem so bad.

And so USDA, in writing the rules for snacks in schools, took at a look at the new Dietary Guidelines for Americans – and found that this document is actually quite pro-egg. It identifies eggs as a nutrient-dense food. It cites eggs as part of a healthy dietary pattern. And of course, this edition of the Dietary Guidelines dropped the old advice about limiting dietary cholesterol intake.

The bottom line is that the new USDA regulations exempt eggs from limits on total fat and saturated fat that would otherwise apply, thereby allowing eggs as a healthy snack for school kids, as long as they haven’t had any fat added to them. That opens up exciting opportunities for promoting egg consumption in schools. It isn’t just the volume of eggs that might be sold in schools, which is likely to be relatively modest. Instead, it’s the chance to help build healthy lifelong eating patterns among our kids by encouraging consumption of nutrient-dense foods, including eggs.

That’s good for kids, egg farmers and just about everybody else.