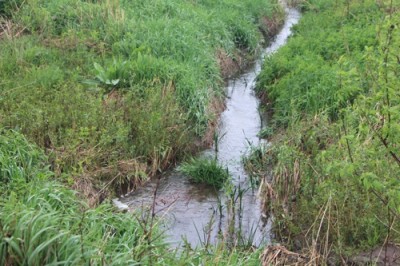 The Environmental Protection Agency (EPA) and the Army Corps of Engineers released a proposal to rescind the Obama administration-era Waters of the United States (WOTUS) definition and re-codify the rules that existed prior to that definition.

EPA Administrator Scott Pruitt stated, “This is the first step in the two-step process to redefine ‘waters of the U.S.’ and we are committed to moving through this re-evaluation to quickly provide regulatory certainty, in a way that is thoughtful, transparent and collaborative with other agencies and the public.” Regarding the proposal, Rep. Mike Conaway (R-TX), Chairman of the House Agriculture Committee said, “WOTUS has never been about clean water. It was about feeding the Obama EPA’s insatiable appetite for power. Well that ends now. Today’s EPA announcement is an important first step to getting the federal government out of America’s backyards, fields and ditches and restoring certainty and integrity to our regulatory process.”

United Egg Producers released a media statement (below) commending Administrator Scott Pruitt for rescinding the rule. UEP, along with several other ag organizations, was cited in the Feedstuffs June 28 article.

“United Egg Producers applauds and supports the proposal issued today by the Administration to rescind the 2015 Clean Water Rule. That rule created an unprecedented and expansive definition of what are waters of the US, going far beyond what is needed to protect water quality in agricultural communities where our egg farmer-members live and work.

“UEP firmly believes that the 2015 rule would have forced egg farmers into undue legal and regulatory challenges for agricultural uses of land. This would only serve to raise costs and reduce productivity and efficiency, while providing no additional practical benefits to water quality. We will provide comments in support of rescinding this rule and will urge the Administration to finalize this proposal as soon as possible.

“Once the 2015 rule has been rescinded, UEP and its farmer-members look forward to the US EPA and the Army Corps of Engineers conducting a thoughtful and responsible rulemaking effort to craft a new definition for waters of the US that is consistent with the Clean Water Act and Congressional intent.

“Most importantly, any new rule should be able to fully protect water quality without creating overly burdensome and unnecessary regulatory requirements.”