Farming in focus, Meet the producers driving change in their industry 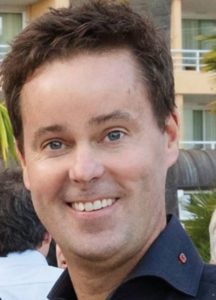 As early as 2015 major U.S. retailers, restaurants and food processors, including Walmart and McDonald’s, began announcing that they planned to go cage-free by 2024-25. The announcements came after years of pressure from animal rights activist groups, including the Humane Society of the United States (HSUS), Mercy for Animals and the Humane League. In the years leading up to the announcements, United Egg Producers (UEP) had been working on legislation that would lead to the transition from conventional cage production to enriched colony systems. However, the bill, which was colloquially referred to as the “Egg Bill,” was met with great opposition, particularly from other sectors within the agricultural industry. Chad Gregory, CEO and President of UEP, a farmer-run cooperative that represents some 90% of egg producers in the U.S., explains.

What happened with the proposed Egg Bill?

Back in 2011, 2012 and early 2013, UEP was working with HSUS to try to pass a federal law in our U.S. Congress that would have been an amendment to the U.S. Farm Bill. That federal law was going to be what everyone referred to as the Egg Bill. It would have transitioned every egg producer from conventional cages to enriched colony cages by 2030. It would have been an 18-year, organized transition through a federal law to go from one kind of cage to another kind of cage. Unfortunately, that law didn’t get passed because others in animal agriculture, in particular the pork industry, the beef industry and the American Farm Bureau, adamantly opposed our Egg Bill and helped defeat it.

Why did these other sectors oppose the bill?

First, they were concerned that if the U.S. Congress passed a law for the egg industry when it comes to production practices, then someday down the line they could pass a law dealing with their production standards. The second was that they didn’t like the fact that the egg industry was negotiating with the devil, working with HSUS. Even though this was something that the egg industry really wanted – and was adamantly lobbying U.S. Congress, trying to have it passed – the pork industry, the beef industry, and the American Farm Bureau Federation basically thought they knew what was best for the U.S. egg industry.

What is driving the move to cage-free?

Because the federal law did not pass, animal rights groups then went to 229 retailers, grocery stores and food manufacturers and pressured them into going 100 per cent cage-free by 2024-25. So, they’re the ones that drove the cage-free agenda. It wasn’t any retailer or food company, it wasn’t the egg industry – it was these activist groups that decided since there wasn’t going to be a federal Egg Bill to go one-on-one and convince retailers to go cage-free.

At the farm level, what kind of change does this mean?

The 229 retailers and food manufacturers, if you added up the number of eggs they sell and then calculate how many hens would be needed to produce that number of eggs, it’s about 225¬-230 million hens that the U.S. will need to be in cage-free systems by 2025. Currently, there are 29 million, so roughly another 200 million.

Is a transition like this possible? Why or why not?

No, it is physically and financially impossible to do in seven years. The other complications are that those same food companies and retailers aren’t fully committed to actually doing it, so they’re having conversations with their egg suppliers now. Well, that leaves the supplier of eggs – the egg producer – in a really tough situation because how do you plan for that? They can’t just flip a switch on December 31, 2024 and have all cage-free eggs the next day. They’ve got to start building them now. The retailers really don’t know how to do it. They don’t know how to tell their egg supplier to start building now. Also, there isn’t a demand for all those extra cage-free eggs right now, so that’s the confusion on the retailer’s part.

How is the industry preparing for the transition to cage-free? What are some of the challenges it faces?

A lot of egg producers in the past couple of years started really building a lot of cage-free housing in the United States. But there’s a massive surplus of those eggs in the U.S. because the demand from the consumer isn’t there. Some grocery store chains have been trialing ways that they can encourage the consumer to buy cage-free eggs. They try lowering the price of cage-free eggs down to where it’s close to caged. They’ve tried point of sales. None of it is working. There’s one very large retail chain in the U.S. where they took caged eggs off their shelves in an entire region of the country. They were only offering cage-free in those stores in that region and their egg sales went down 55 per cent. So, will those kinds of things – those kinds of economic scenarios – help convince the CEO of these food companies and retailers to continue to offer choices? If they do, how bad will the pressure be from the animal rights groups?

What do you think will happen over the next couple of years?

If the pressure is so bad, I have a feeling that the CEOs of the food companies and retailers will still plan to go cage-free, but in the next 3–4 years they’ll try to get more serious about how to do it, how long it’s going to take us and what it’s going to cost. So, all those conversations and scenarios are being talked about, but there’s nothing really being done yet. No contracts are being signed. There’s no plan in place. There’s just a lot of turmoil, conversations and words with no sub-stance behind the words yet.

On average, consumers pay about $1.50 for a dozen eggs. On the production side, cage-free eggs cost 36 per cent more for the farmer to produce in the U.S., but the retailer marks up cage-free eggs a lot more.

Is the price too high then?

Yes, and that’s why some of them are trying to lower the price of cage-free eggs to something that’s a lot more competitive. Let’s say a large dozen of caged eggs sells for $1.50, they tried doing it for $1.75 or $2.00, but it’s still not working at this point. American consumers are so used to just going in and buying the most affordable product.

How does the U.S. egg industry currently look in terms of housing systems?

Currently, according to USDA numbers, about 85 per cent of production is in cages. The remaining 15 per cent is either traditional cage-free or organic. It’s about 10 per cent cage-free, and then the other 5 per cent would be organic.  Organic are pretty much the only eggs that are produced in the U.S. that have access to the outdoors. There’s almost no free-range in the U.S, and there’s very little enriched. There’s “enrichable,” but enrichable is just a basic cage that can be switched into enriched at some point.

What would it cost the sector to make that transition?

The 223 million birds that supposedly need to be cage-free by 2025 would come at a cost of $10 billion. That’s the other part of this conundrum: the banks won’t lend the money to egg producers. The banks have already been telling egg farmers that they’re going to have to come up with 70 or 80 per cent of that loan because anything you buy, like a car or a house, you use something else for collateral. And the banks are telling egg producers in the U.S., your customer has deemed your caged facilities as worthless at a certain point in time – they don’t want those eggs anymore – therefore, that housing is now worthless. So, you can’t use that caged housing as collateral to get a loan to build new cage-free housing. It’s physically and financially impossible to do by 2025. Will some companies make it? Absolutely. But the 223 million birds all across the country – it can’t happen.

What are your thoughts on the transition to cage-free? What housing system do you think is most sustainable?

UEP is exploring a possible sustainability project with the World Wildlife Fund to determine the impact on the environment, food safety and animal welfare of going cage-free. We are also working on developing some video and interactive tools and templates for our members to use to have productive conversations with their customers about cage-free pro-duction. It’s to educate customers on the challenges of cage-free. If the customer actually wants to go cage-free, it’s trying to help our members by giving them the tools to have those challenging conversations about cage-free now versus 10 years from now.