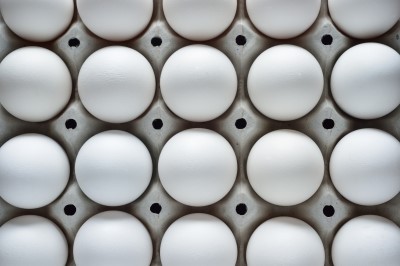 With the combined hard work of egg farmers, our customers and our federal and state regulators, we are winning the battle against Salmonella Enteritidis.

It’s been six years since most egg farms had to be in compliance with the Food and Drug Administration’s Egg Safety Rule. Data from both FDA and Iowa State University show that the incidence of SE in eggs is very low.

FDA reported that out of environmental samples taken from 235 egg farms, only 3% were positive for SE. That compares to estimated incidence of 8-9% before the Egg Safety Rule went into effect.

The 3% number is actually even more impressive than it looks. First, the farms that were tested were chosen because they were thought to be at higher-than-average risk. A representative sample of all farms would almost certainly have produced a still-lower number.
Second and even more important, that 3% number measures SE in the henhouse but not in eggs, a number that would be much lower.

As confirmation, Iowa State scientists released their own data. They test some 13,000 environmental samples from egg farms every year, and while 60% of those are from Iowa, the rest are from other states, making their results of interest nationwide. Over six years of tests, Iowa State found SE in 2.5% of the environmental samples, similar to FDA’s results. But out of 35,000 pools of eggs they tested in the same period, they found only one positive egg sample. That is an impressive safety record.

FDA can and should take credit for how its regulation is being implemented and enforced. But credit also goes to the farmers who have focused like a laser beam on producing safe food for consumers. And let’s not forget our retail and food-service customers who have encouraged vaccination, participation in initiatives like Safe Quality Food, and other measures.

At the same time, FDA has said there hasn’t been a comparable decline in the incidence of foodborne illness with SE that is attributed to eggs. We need to take a close look at those numbers and, in the first instance, make sure they’re really accurate. There’s always room for improvement, but the laboratory data from both FDA and Iowa State would seem to show that eggs have never been safer.