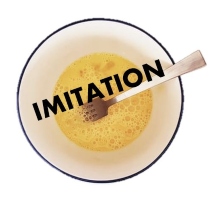 discretionary spending priorities that total around $26.55 billion, an increase of $2.85 billion from last year.

During discussion of the legislation, report language was added by Rep. Sanford Bishop (D-GA), which would “encourage the Food and Drug Administration (FDA) to provide clarity around labeling of plant-based products that use traditional meat, dairy, and egg terminology, especially as it relates to such product labels with clear and conspicuous descriptors such as plant-based, vegie, vegetarian, or vegan.” This language replaces previous report language that directed the FDA to modernize standards of identity and prevent misleading labeling of foods that do not contain animal-based ingredients.

As directed by the Board and the Government Relations Committee, truthful labeling is a top priority for UEP’s Washington, D. C., consultants. As the legislative process moves forward, the UEP Washington team will continue to encourage Congress to push the FDA to better enforce its own regulations, including labeling that is truthful and not misleading.