Like cage-free egg commitments, many companies have also made crate-free pork commitments. Many of these commitments are to be 100% “crate-free,” or also termed “group-housed,” by 2022.  Several 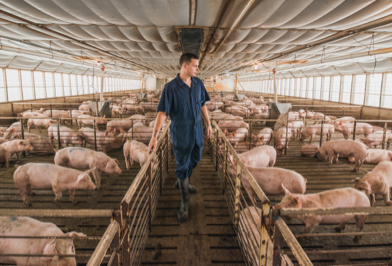 organizations track and regularly report on company commitments to cage-free eggs. However, monitoring for “crate-free” is limited. Crate-free pork has an extra level of complication in that the commitment is for the housing of the mother pigs and not for the pigs used for pork. Also, unlike cage-free eggs, no universally accepted definition of crate-free/group-housed has been developed or accepted.

As reported by National Hog Farmer, HSUS alleges Smithfield’s marketing violates the D.C. Consumer Protection Procedures Act. HSUS alleges Smithfield Foods still utilizes gestation stalls and farrow stalls, resulting in confinement of a sow in a gestation crate for six weeks following breeding and a farrowing crate for four weeks postpartum, with the sows in group housing for only nine weeks in the 19-week breeding cycle. HSUS alleges this is not sufficient to claim Smithfield’s pork is from crate-free pigs.