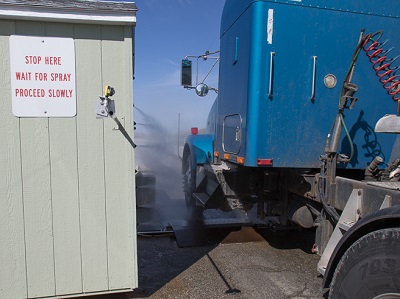 Since the devastating effects of avian influenza (AI) in 2015, UEP has been actively engaged in the important matter of biosecurity. To this end, UEP hand-selected a Biosecurity Taskforce whose main charter was to work closely with agencies such as National Poultry Improvement Plan (NPIP) and prepare recommendations for the UEP Board.

It has been widely reported that the 2015 incursion of highly pathogenic avian influenza is the single worst exotic disease outbreak in U.S. history, with costs surpassing $1 billion. As a result, the federal government has clearly communicated that the culture of biosecurity must be elevated in each potentially-affected industry, and there must be a mechanism (an audit) to demonstrate each farm’s biosecurity programs. NPIP has been the lead agency to develop the biosecurity program, with recent work focused on audit guidelines and an audit tool. NPIP has agreed on a list of 14 Biosecurity Principles (click here).

These principles officially commence July 5, 2017; however, audits are not tied to indemnity until the Interim HPAI rule is finalized. Audit forms have now been completed (click here). Audits will be conducted by the Official State Agency (OSA), and UEP urges egg farmers to discuss the biosecurity audits with an OSA as soon as possible. UEP has been advised that:

UEP recommends that the first step is ensuring egg producers have identified a Biosecurity Officer; this role can be assumed by an existing employee. Demonstrating biosecurity training will be an important component of the audit. Records must be kept for at least three years, and similar farms can be grouped under one ‘farm specific plan.’ NPIP and the General Conference Committee has communicated their expectation that this is meant to be an audit of the system, not the specifics.