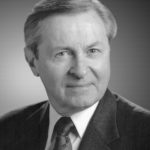 Lou Raffel, the first American Egg Board president, passed away on December 7 at the age of 85.  Raffel served as AEB President from its inception in 1976 until 2006.  His accomplishments include “The Incredible Edible Egg” advertising campaign, support of the White House Easter Egg Roll, and many other programs promoting the benefits of eggs.

According to a press release from AEB, “Many egg friends shared the word ‘gentleman’ when remembering Lou and noted career-long friendships that he formed with so many. Whether you personally knew Lou and take comfort in the privilege and honor to have called him a ‘friend’ or are newer to the egg industry, we’ve all collectively benefitted from Lou’s vision, service and advances on behalf of the U.S. egg industry.”