UEP recognized two individuals who have made a lasting impact on the U.S. egg farming community. Dr. Joy Mench, formerly of the University of California, Davis, received the President’s Award, and Stephen Herbruck of Herbruck’s Poultry Ranch was named the 2022 Egg Producer of the Year. 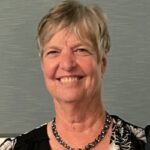 Dr. Joy Mench was an inaugural member of UEP’s independent Scientific Advisory Committee. The committee, comprised of veterinarians and university professors who are recognized experts in hen welfare, helped create UEP’s animal welfare program and continues to provide guidance and leadership. Dr. Mench chaired the committee from 2017-2020. A recognized expert on layer welfare, she worked as a professor at UC Davis from 1995 to 2016 in the Department of Animal Science. While at the university, Dr. Mench was the Director of the Center for Animal Welfare and published several books and publications on layer welfare. “We are grateful for Joy’s continued commitment to our organization,” said Chad Gregory, president and CEO of UEP. “Her leadership and expertise have been invaluable as UEP seeks to advance its animal welfare program.” 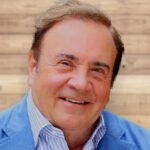 Stephen Herbruck is chairman of Herbruck’s Poultry Ranch in Saranac, MI and a fourth-generation egg farmer. With extensive experience in all aspects of egg production, Stephen steered the vision of Herbruck’s Poultry, always making “the right decision” for flock management, food safety and the environment, no matter the circumstance or the cost. He leveraged the latest technology on Herbruck’s farms and brought it to the industry with the founding of Poultry Management Systems in 1981.

Stephen brought his passion for excellence and innovation to UEP as well. A long-time UEP board member, he served on the Animal Welfare, Government Relations, and various other committees for over 20 years. “Steve has been integral to UEP’s success in navigating the changes taking place in the egg industry,” said Gregory. “We are extremely thankful for the dedication and the excellence he has brought to his leadership roles at UEP.” 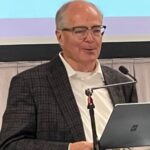 Bob Krouse was recognized at the awards banquet for serving as the Sheriff at UEP meetings from 2012 to 2022.  Krouse was awarded a plaque for keeping law and order, levying “impartial” fines and entertaining UEP members during his reports.