Live in California and buy eggs? If voters approve this in 2018, they’ll need to be from cage-free hens 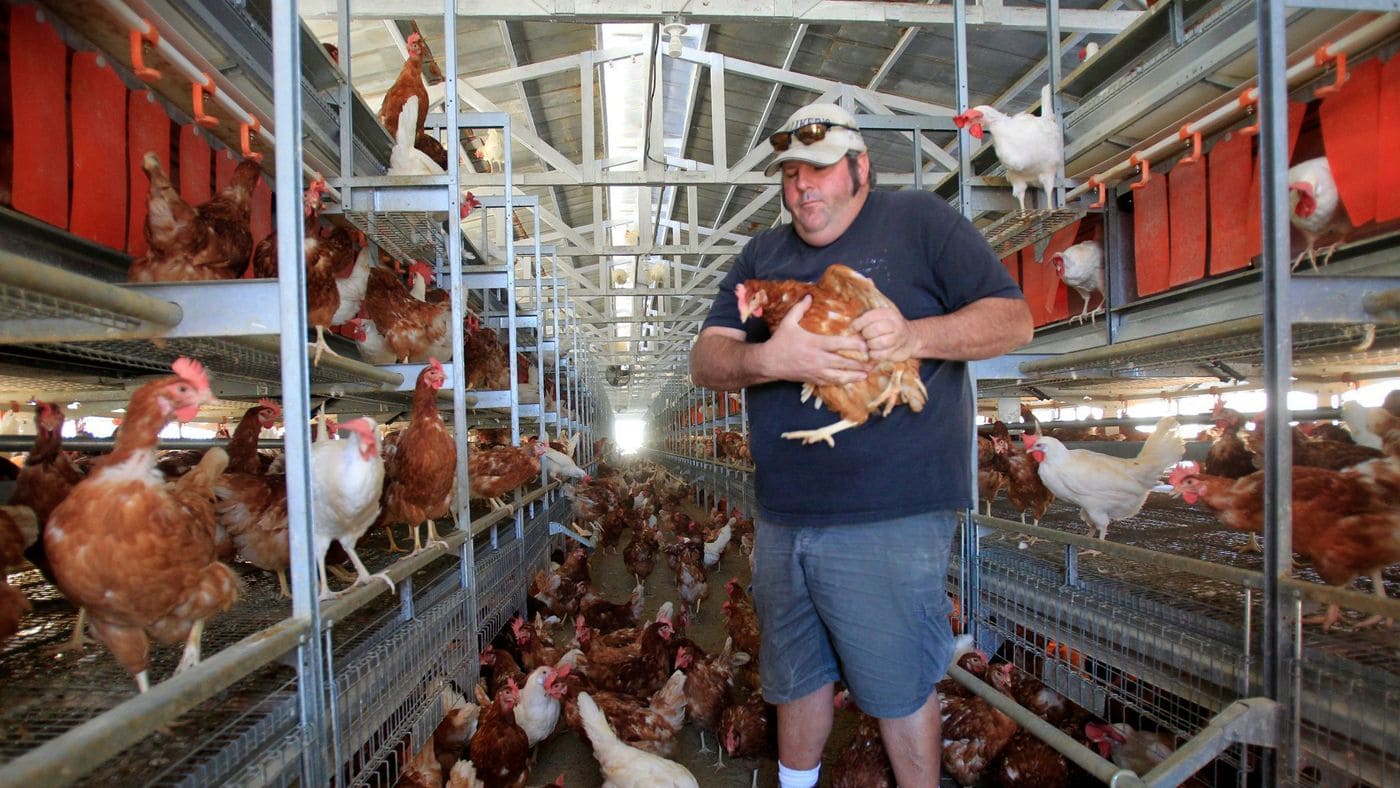 As Published by Los Angeles Times. By Patrick McGreevy

Nine years after California voters decided that egg-laying hens must be given more space, animal-rights activists on Tuesday filed papers for a new initiative requiring the birds to be kept cage-free.

The initiative’s language, submitted to the state by the Humane Society of the United States, addresses the group’s concerns that 2008’s Proposition 2, which required hens to have more room in their habitats, did not achieve the right conditions for farm animals, including pigs and calves.

An economic study commissioned last year by the egg industry for a similar ballot measure in Massachusetts estimated that switching to cage-free farming would add one or two cents to the price of each egg purchased by consumers.

“Californians know that locking farm animals in tight cages for the duration of their lives is cruel and compromises food safety,” said Wayne Pacelle, president and chief executive of the Humane Society. “All animals deserve humane treatment, especially those raised for food.”

The state attorney general’s office must now approve the initiative’s title and summary before supporters can begin circulating petitions. They need to collect 365,880 signatures within 180 days in order to have the measure placed on the statewide ballot in November 2018.

The Assn. of California Egg Farmers said it opposes the initiative as currently written because it requires cage-free compliance by 2022, even though the Humane Society had persuaded many retail and restaurant customers to phase in the exclusive use of cage-free eggs by 2025.

“With this new initiative now calling for full compliance by the end of 2021, HSUS is reneging on the original agreement and this expedited timeline may result in supply disruptions, price spikes and a shortage of eggs for sale,” the group said in a statement.

“NPPC opposes all forms of regulation without representation and this fits the bill,” Monroe said in a statement. “Livestock production practices should be left to those who are most informed about animal care — farmers — and not animal rights activists. Additionally, changes in housing systems, which come with significant costs that increase food prices, should be driven by consumer purchasing decisions, not the agenda of any activist group.”

The United Egg Producers’ board of directors has decided to be neutral on the proposed initiative, according to Chad Gregory, the national trade group’s president and chief executive.

“Our farmer members support all types of hen housing,” Gregory said. “Changes in hen housing are complex and costly, and they require close collaboration with customers. Our focus remains on proper management of hen health and well-being, and meeting or exceeding all food safety requirements.”

Opposition is still possible from the California Pork Producers Assn., but a spokesman for that group was not immediately available for comment.

Egg farmers, including some who may stay neutral on the new proposal, spent nearly $10 million to oppose Proposition 2.

Activists thought Proposition 2, which was approved by 63.5% of voters, would result in cage-free conditions when it required that hens, pigs and calves be able to stand up, lie down, turn around freely and fully extend their limbs.

However, the California Department of Food and Agriculture later interpreted the ballot measure and set a rule that each hen had to be provided 116 square inches of space, which allowed some farmers to continue to keep them in cages by putting fewer birds in each cage. As a result, about two-thirds of egg-producing hens are currently confined in cages in California.

The new initiative sets the standard initially at 144 square inches per bird — one square foot — which is the level at which a hen is considered by activists to be cage free. By 2022, the hens and other animals will have to be actually cage free, and allowed to roam inside barns.

But when the group proposed in 2007 to ban the use of small gestation crates for pigs, opposition from the pork industry resulted in the bill dying in committee. That setback led to Proposition 2.

Brian Moscogiuri, an industry analyst for Urner Barry Publications, which provides market news and analysis for products including eggs, said egg prices spiked when Proposition 2 was proposed but have since come back down to their level before the ballot measure. One factor in the price fallback was that more of the industry turned to cage-free farms, Moscogiuri said.

Public attitudes have shifted even more in favor of animal rights since Proposition 2. Citing public demand, Subway, McDonald’s, Dunkin’ Donuts, Walmart, Target, Costco and other businesses have said they will make a transition to eggs from cage-free hens over 10 years.