On Tuesday, in one of the most highly-anticipated midterm elections, Democrats captured the U.S. House of Representatives, and the GOP expanded its 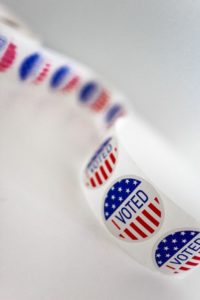 majority in the U.S. Senate.

With a Democratic majority in the House, Representative Collin Peterson (D-MN) is expected to take over as chairman of the House Agriculture Committee and Representative Mike Conaway (R-TX) will likely serve as Ranking Member.

Several members of the House Agriculture Committee will not be returning.  Representative Rick Nolan (D-MN) has retired from office, Representatives Tim Walz (D-MN) and Michelle Lujan Grisham (D-NM) have elected to run for governor in their respective states, and Representative John Faso (R-NY) was defeated.

On the Senate side, the Republican party was able to secure the majority with a net gain of two seats, with two races that have yet to be called. The election will result in few changes to Senate Agriculture Committee membership as Senators Pat Roberts (R-KS) and Debbie Stabenow (D-MI) are expected to maintain their leadership positions. As Senators Joe Donnelly (D-IN) and Heidi Heitkamp (D-ND) lost their bids for reelection, seats on the committee could be open to new members.

As Congress moves into the lame-duck session, a major priority for the Senate Agriculture Committee will be the completion of a new farm bill. While each of the four principals have expressed a desire to complete a farm bill, significant differences remain.  House Agriculture Committee Chairman Mike Conaway (R-TX) will likely relax the proposed work-requirement changes to the Supplemental Nutrition Assistance Program (SNAP) to encourage its passage.  Chairman Conaway and Congressman Peterson have moved much closer together on policy since the House action and both are saying they want a Farm Bill before Christmas.  However, if lawmakers are unable to pass a farm bill before the new year, the focus will likely shift towards an extension.