November Could be a Big Month for Trade Policy

November could see at least three major developments in the ongoing trade policy wars. First, the Trump administration and Chinese state media are hopeful that President Trump and President Xi Jinping may sign a “phase one” agreement to settle part of the ongoing U.S.-China trade war. That could involve as much as $40-$50 billion in purchases of U.S. farm products, but considerable uncertainty surrounds that number.

A second deadline could take trade in the opposite direction. Later in the month, President Trump is scheduled to decide about whether to impose new tariffs on imports of autos and auto parts on the grounds that they threaten national security. As with steel and aluminum tariffs earlier, most of the tariffs would fall on U.S. allies such as the European Union and perhaps South Korea. Retaliation against U.S. exports would be likely. 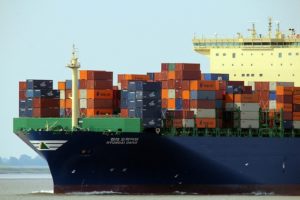 Finally, there is cautious optimism that Congressional Democrats could reach an agreement with the Office of the U.S. Trade Representative that would allow a vote on the U.S. Mexico-Canada Agreement. Time is growing short for Congress to vote on the USMCA before the end of the year. Conventional wisdom says if USMCA is not approved this year, a vote in a presidential election year would be unlikely.