U.S. Secretary of Agriculture Tom Vilsack said the USDA will re-issue a regulation on organic livestock and poultry practices that was withdrawn by the Trump administration. The Organic Trade Association (OTA) sued USDA over the withdrawal and has been in negotiations with the department for the past several months.

The Organic Livestock and Poultry Practices Rule was finalized in the waning days of the Obama administration. The Trump administration delayed the regulation several times and ultimately withdrew it, citing flaws 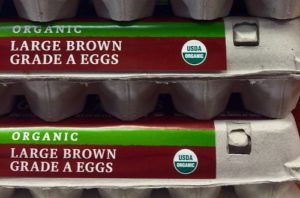 in the underlying analysis and questions about the legal authority to regulate production practices.

The most controversial part of the rule was a ban on the use of porches in organic layer systems. In a statement, Vilsack said: “I have directed the National Organic Program to begin a rulemaking to address this statutory interpretation [questioning USDA’s authority to regulate organic production practices] and to include a proposal to disallow the use of porches as outdoor space in organic production over time.”

Vilsack did not provide further detail on how long a period “over time” implied. He also did not say that the new proposed rule would be identical to the previous one.

The OTA welcomed Vilsack’s statement but still filed a motion in court on June 18, asking the judge to immediately vacate the Trump administration’s withdrawal of the rule and reinstate the previous regulation. OTA said that although it was glad that “the department will re-evaluate the prior administration’s withdrawal of the fully vetted organic animal welfare regulation and affirmed its commitment to outdoor access for laying hens, the policy statement alone won’t guarantee a swift end to this harm. We need to have a legal ruling.”

UEP’s Organic Subcommittee met to review the status of the regulation and will consider how the proposed rule will affect organic farms once it is published.