Washington, DC, observers are on high alert for a possible flurry of controversial federal regulatory activity in the few months after the midterm elections 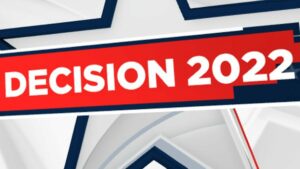 on November 8. The elections will decide whether Republicans or Democrats will have majority control of the House and Senate in 2023 and 2024.  The Biden Administration, worried about pursuing its policy agenda between now and 2024, appears to be avoiding controversial environmental rulemaking before November 8 that could further mobilize agricultural voters to turn to Republicans in the voting booth.

Issues for post-election activity include (1) a proposed new Emergency Planning and Community Right to Know Act (EPCRA) rule that could again call for farmers to report the emissions of ammonia from layer, broiler, swine or cattle manure to local and state emergency response authorities, (2) a final Waters of the US  (WOTUS) rule that is expected to primarily return the scope of federal jurisdiction to what was finalized during the Obama Administration, and (3) a final rule from the Securities and Exchange Commission (SEC) that would require publicly traded companies to report greenhouse gas emissions (GHG) from their entire supply chain, which will likely require many farmers to report their supply chain GHG emissions.

Exactly how the Administration will react to the election results remains to be seen, as it may cause officials to be more cautious about controversial rulemaking activity. For example, there already is a reluctance to require new EPCRA reporting by farmers. Yet, observers will not be surprised if the Administration moves forward with problematic policies to satisfy the demands of some of their constituencies.  Please contact UEP with questions about these or any other federal environmental matters.