Last week, President Biden released the details behind the American Jobs Plan. The $2 trillion plan includes providing 100% broadband coverage, rebuilding roads and water systems, and encouraging the agricultural sector to lead the shift to net-zero emissions. Unfortunately, it's paired with significant corporate and offshore tax increases that are unpopular with Republicans and a few moderate Democrats, so if it moves it will likely be a partisan process. 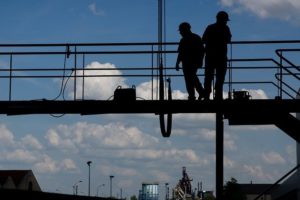 For Rural America, President Biden’s plan invests up to $100 billion in broadband infrastructure, including funding to provide 100% broadband coverage in rural America and make it affordable for all Americans. These funds will prioritize broadband networks owned, operated by, or affiliated with local governments, nonprofits, and rural cooperatives while creating good-paying jobs in local communities.

“You know, in America, where the early interest was in Internet — this thing called the Internet that we invested — we invented, the early — the early Internet was invented here. Millions of Americans, though, lack access to reliable high-speed Internet, including more than 35 percent of rural America. It’s a disparity even more pronounced during this pandemic. American Jobs will make sure every single — every single American has access to high quality, affordable, high-speed Internet for businesses, for schools. And when I say ‘affordable,’ I mean it. Americans pay too much for Internet service. We’re going to drive down the price for families who have service now and make it easier for families who don’t have affordable service to be able to get it now,” President Biden said.