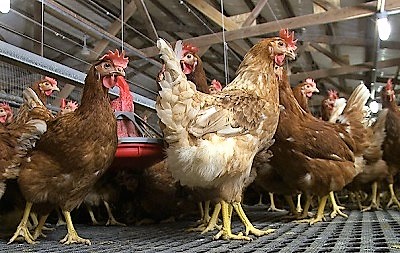 On August 29, 2017, the Humane Society of the United States (HSUS) filed in California proposed ballot language titled the “Prevention of Cruelty to Farm Animals Act.”

The language outlines proposed rule changes related to specific livestock production practices, including egg production. It would change how egg-laying hens are housed and also address confinement of veal calves and pigs.

The ballot proposal’s language does allow both indoor and outdoor cage-free systems. It also sets certain definitions for the types of cage-free housing that are permissible, including multi-tiered aviaries, partially-slatted systems and single-level all-litter floor systems.

The UEP Board of Directors has stated it does not have a position on California’s proposed ballot initiative. UEP recognizes that its farmer-members support all types of hen housing, and that because changes in housing are complex and costly, they must be done in close collaboration with customers.

The ballot language has been filed with the California Attorney General. If it is approved, HSUS is expected to begin gathering signatures this fall. Should HSUS secure the necessary 350,000+ signatures needed within 180 days, the ballot initiative would be placed on California’s statewide ballot in November 2018.