The preliminary text of the Build Back Better Act, known as the reconciliation framework, was released on October 28. The $1.75 trillion package includes billions of dollars in climate resilience efforts and climate- 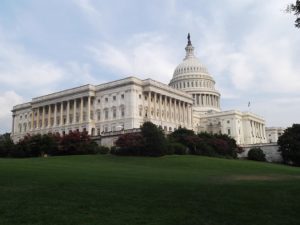 smart agricultural practices. These investments will address a broad array of issues, including forestry, rural development, research and urban agriculture and conservation efforts.

Though the language has been released, moderates and progressives continue to negotiate proposed revenue streams and legislative provisions. Deep division lines have emerged throughout the process between Senators Joe Manchin and Kyrsten Sinema, as week as the House Progressive Caucus. While the House Progressive Caucus has reiterated the need for large amounts of spending on various priorities, both Senators Manchin and Sinema have not been receptive to a larger spending campaign. The friction has caused the bill to be reduced from its original $3.5 trillion price tag to the current $1.75 trillion standing and has led to the removal of several initiatives, such as paid family leave. Progressives have stated that if reconciliation text is not agreed to and passed from the House, they will continue to stall the passage of the bipartisan infrastructure framework.

If the House approves the language, it will likely need to be approved again in coming weeks, after the Senate completes its revisions to the bill. Democrats believe that a Thanksgiving timeframe for ultimate passage would be an optimistic goal if all goes as planned.