Bill Owens, a UEP founder and egg industry leader, will always be remembered for his legacy in the egg industry. In 1956, after serving in the army, Owens returned to his hometown of Dahlonega, Georgia, to join his 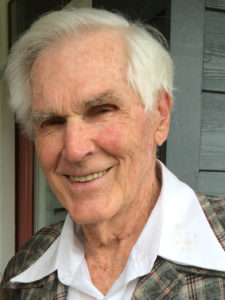 brother in the growing family egg business.  The farm continued to expand with Owens designing facilities that attracted egg production leaders to see the innovative designs.

Owens was also a leader on the state and national levels. He was a member of the Georgia Poultry Federation, served on the board of the Georgia Egg Association, and helped establish both the Georgia Egg Commission (serving as its third chairman from 1964 to 1967) and the United Egg Producers. He served as a member of the American Egg Board, U.S. Egg Marketers, and the Poultry Leadership Roundtable. In 1990, he was inducted into the Georgia Egg Hall of Fame. Owens gained the respect of virtually everyone he met and many of his closest friends in his retirement were former customers and competitors alike.

Owens died on March 1, at the age of 92. He is survived by his wife Betty, four children, six grandchildren and four great-grandchildren. A memorial service will be held Saturday, March 28 at 4 PM at the Dahlonega Funeral Home. In lieu of flowers, the family requests contributions be made to the Fisher House Foundation or North Georgia Interfaith Ministries.