Dave Reesman, best known for his gift of connecting with people and his kind and compassionate spirit, worked in the egg and poultry industry for 49 years. 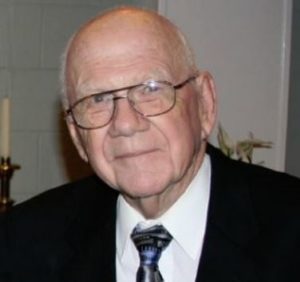 According to UEP President Chad Gregory, “Dave Reesman was an American hero to this country and to me personally.  No doubt, I would not be where I am, both professionally and personally, without Dave’s influence. He was the kindest and most positive man I have ever met. Dave’s enthusiasm was contagious, and his industry knowledge was unmatched. He will be missed by many for a long time.”

Reesman, a WWII veteran, worked for organizations across the U.S., including the USDA and serving as a partner at Urner Barry. Eventually Reesman moved to Georgia, becoming the general manager for UEP’s Southeast regional cooperative. He worked for UEP until his retirement in 2000.