Most Americans get too little of a nutrient they don’t know much about – choline – but eating eggs is a great way to boost intake, the executive director of the Egg Nutrition Center (ENC) told the Dietary Guidelines Advisory Committee (DGAC). 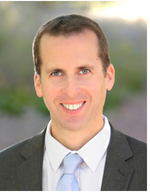 Mickey Rubin said choline has been identified by the American Academy of Pediatrics as a key nutrient to support brain health and cognition during pregnancy, infancy and toddlerhood. He said eggs “are one of the most concentrated food sources of choline in the American diet.”

Cognitive health throughout the lifespan is a major field of study for the DGAC, a group of outside scientists and doctors advising the federal government on rewriting the Dietary Guidelines for Americans. But Rubin cited a study commissioned by ENC that showed not only that new and expecting mothers have low levels of choline awareness, but so do obstetrician-gynecologists and pediatricians who advise them.

Rubin also cited recent studies that “show that pairing eggs with vegetables can increase the absorption of carotenoids and vitamins compared to eating vegetables alone.” Not only is an omelet a tasty way to increase your vegetable intake, it may actually help you absorb more nutrients than if you left out the egg.

ENC was among more than 75 organizations and individuals providing oral comments to the DGAC. ENC has also submitted extensive written comments that provide more detail and scientific citations.