Former Secretary of Agriculture Tom Vilsack appeared poised to assume that role again, as Senators praised him at his confirmation hearing on February 2. A few hours after the hearing, the Senate Agriculture 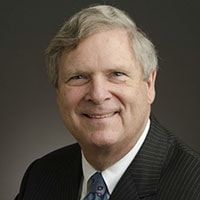 Committee voted unanimously to approve his nomination – an unusually quick turnaround. Confirmation by the full Senate is expected to follow soon. In his opening statement, Vilsack highlighted four priorities that he called “why not” moments, harkening back to an aphorism associated with Robert Kennedy, who said, “some see things as they are and ask why, while others see things that never were and ask why not.”

These themes also came up in the questions Senators posed to Vilsack. Multiple Senators raised the issue of market competition, with some adding concerns about concentration in farm input markets.

Vilsack also stated strong support for biofuels, though some Senators asked whether that was consistent with the Biden administration’s goals of promoting electric vehicles. Vilsack responded that there was room for both and that the internal combustion engine would be around for some time to come. No Senators expressed opposition to Vilsack’s nomination, and almost all praised his experience and values. He appears headed for confirmation and brings eight years of experience running USDA,  prior service as Governor of Iowa and, most recently, as president of the U.S. Dairy Export Council.