USDA’s nutrition assistance programs are operating but will run out of money in the coming weeks and months if the shutdown continues. 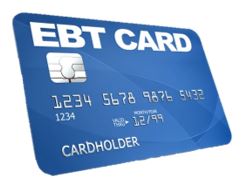 The impact of a cutoff in nutrition funds would be felt more widely than just among program participants.  SNAP, for example, serves 40 million Americans, and the revenues of big-box retailers, dollar stores and others are sensitive to the program’s benefit-issuance schedule.  Major disruptions in the nutrition programs could show up in lower overall consumer expenditures, decreased consumer confidence or other measures, amplifying their economic impacts.

Most USDA commodity procurement is in a hiatus as well.  Purchases are not being made for schools, prisons, Native American reservations or similar programs.   Some purchases under the Trade Mitigation Program are being made.

As workers go unpaid, there are increasing reports that hardship clauses in union contracts are being invoked.  Hardship clauses permit otherwise-essential workers to stay away from the job if they cannot afford transportation or childcare or have other issues.  The Washington Post reported that a number of “U.S. Department of Agriculture meat inspectors” have invoked hardship clauses.

According to FDA Commissioner Scott Gottlieb on Twitter, “In response to questions; our Office of Human and Animal Food Operations has more than 200 food investigators (not counting support staff and supervisors) out of about 550 total professionals when the agency is fully operational.”  The CDC, funded from the normal appropriation process, remains open.  Read more at ”FDA food investigations running at less than 50 percent of normal,” from Food Safety News.