Janet McCabe, EPA Deputy Administrator, led the lineup of DC speakers at UEP’s Legislative Meetings. She assumed her position less than a week prior, and the UEP meeting was one of her first speaking 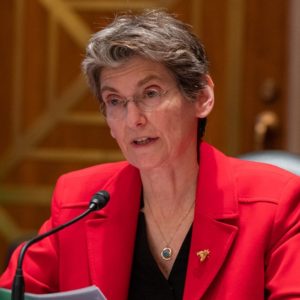 During Q&A, UEP President Chad Gregory informed McCabe that UEP is working with the U.S. Roundtable for Sustainable Poultry and Eggs on a framework that egg producers can use to develop programs for their operations. McCabe commended producers for previous reductions in greenhouse gases and improved production efficiencies and welcomed these new efforts to improve sustainability in egg production. She stated that the EPA wants to work with farmers to find practical solutions to environmental challenges, including climate change. 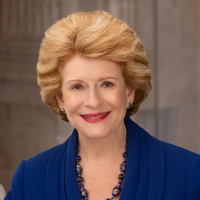 Ag Committee Chair Senator Debbie Stabenow shared her priorities, the first being “lifting up agriculture’s role in the climate crisis.” She is encouraging a producer-led, bipartisan effort to provide smart climate tools for farmers.

Stabenow also spoke about the American Jobs Plan, which includes investing in infrastructure for rural communities, job creation, $4B for food banks and ensuring high-speed internet in rural areas, and USDA pandemic assistance for producers and contract producers. Per Stabenow, work on the 2023 farm bill will begin soon and she requests feedback from farmers. During Q&A, UEP members expressed concerns about the labor shortage and the tax policies in the American Jobs Plan. 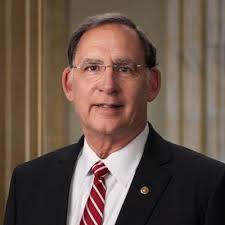 Senator Boozman, the Ranking Member of the Ag Committee, also spoke about climate change and the need for voluntary programs. He acknowledged employment and immigration issues and talked about the proposed changes to tax policies and capital gains that could affect family-owned farms.

During Q&A, UEP President Chad Gregory informed Boozman about the challenges facing egg producers during the transition to cage-free housing, which will occur over the next few years.

UEP Blogs, UEP in the News