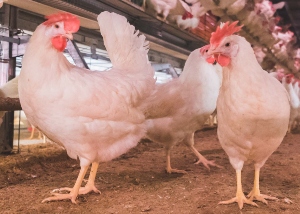 hens, bans the sale of meat, eggs, and egg products sold in the state of California from out-of-state producers that do not comply with the standards.

The U.S. Supreme Court denied the petition without comment. In general, NAMI’s petition followed arguments laid out against California’s 2008 Proposition 2, which made similar requirements to Proposition 12. These arguments met a similar fate as the previous challenges.

"We are disappointed our petition for certiorari was denied. We will be considering other options to protect consumers and producers from Proposition 12, which will cost both millions of dollars, according to economists and the state of California’s own analysis,” NAMI spokesperson Sarah Little said in a statement.

With the U.S. Supreme Court’s rejection, lower court rulings stand. Previously a 3-judge panel on the 9th Circuit U.S. Court of Appeals unanimously rejected NAMI’s arguments and upheld a lower judge’s decision that California’s Prop 12 is constitutional. The 9th Circuit U.S. Court of Appeals also dismissed NAMI’s petition to be heard by the full court.  Implementation of  Proposition 12 will continue as mandated by the law.