In the context of plant-based messaging

Agriculture often is very good at fanning the flames of the very things that cause angst in the farm community. Undercover videos, anti-animal-agriculture 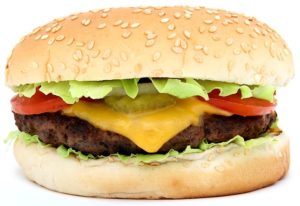 marketing by top brands, animal and environmental activism…and the list goes on. Often, farmers carry the message long after the mainstream conversation has died down by letting the focus remain on those who challenge animal agriculture, instead of showcasing what farmers do best.

At a recent national conference of farmers, food producers and customers, much of the conversation was devoted to the rise of plant-based meat alternatives. There was a palpable sense of doom in the room – as if the likelihood of a complete takeover of animal protein by plant-based options was imminent.

The good news is, this sense of foreboding is counter to 2019 data shared by Nielsen at the same conference. It included:

Instead of lamenting and promoting the current “buzz” around meat alternatives, farmers and food producers should invest their time (and their marketing dollars) bolstering their own position. Being on the defense against plant-based meats is not only ineffective, it’s unnecessary at this time.

A better strategy – focus on what animal agriculture does well – great foods, affordable protein, produced responsibly. Farmers raise animals that provide customers with delicious and healthful proteins. The foods farmers produce are familiar, and they are trusted. It’s time to remind consumers of how farmers are worthy of trust, earned over many generations of food production. And it remains essential to assure consumers they can confidently continue to enjoy the foods that are produced by the nation’s livestock and poultry farmers.

Whether it’s eggs or pork, beef or dairy, chicken or turkey – the highly nutritious, high-protein products produced for consumers are still in demand and are affordable as ever. That’s a story worth telling.