Saying Mexico must do more to stem the flow of Central American migrants across the U.S. border, President Trump announced he would use emergency powers to impose a five percent tariff on all imports from Mexico effective June 10,  increasing up to 25 percent October 1. The tariff threat, which drew criticism from prominent Republicans in Congress, came as a surprise to most observers. Just before Trump’s announcement, the White House sent a draft document to Capitol Hill that will start the clock for a vote on the U.S.-Mexico-Canada Agreement in as little as 30 days. But Republican lawmakers like Senators Charles Grassley of Iowa and John Cornyn of Texas said new tariffs on Mexico would complicate prospects for Congressional approval of USMCA. 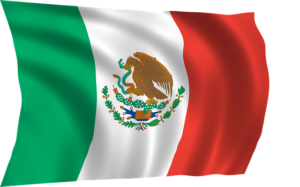 Some immigration analysts said the tariffs could backfire. Although Central American migration is up sharply, undocumented entry by Mexican citizens has fallen as that nation’s economy improved. If tariffs disrupt supply chains and harm the Mexican economy, the incentive to cross the border for more lucrative work would increase.

While the impact of a five percent tariff would likely be modest, at higher levels both the Mexican and U.S. economies could be disrupted. In the automotive sector, parts often cross the border several times before final vehicle assembly, meaning tariffs could multiply costs quickly. U.S. agriculture groups are concerned that, despite Mexico’s initially cautious reaction, the government of President Andres Manuel Lopez Obrador might slap tariffs on U.S. farm goods if the dispute escalates. Mexico only recently removed punitive tariffs when the Trump administration agreed to drop steel and aluminum tariffs on Mexico and Canada.

Among China-watchers, there is also some concern about how reliable a negotiating partner the U.S. appears to be. China recognizes that the Trump administration imposed tariffs across the board right after eliminating them on steel and aluminum, and at the same time it was urging Congress to approve a free trade agreement with zero tariffs. With U.S.-China trade negotiations having gone nowhere in recent weeks, the new Mexico dispute may raise concerns in Beijing about the costs of reaching an agreement with the U.S., only to lose face as Washington changes course.