UEA Asks for End to Japanese Tariffs on Eggs 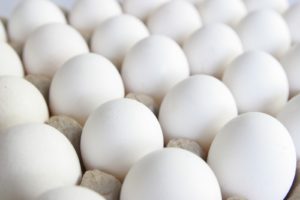 In comments on a potential U.S.-Japan trade agreement, the Further Processors Division of United Egg Association (UEA) said Japan’s tariffs on eggs and egg products should be eliminated.  Otherwise, UEA warned, free trade agreements that Japan has reached with other countries could harm U.S. competitiveness.

Japan is the third-largest export market for U.S. eggs and egg products overall, and the top destination for several individual products.  Tariffs on eggs and products range up to 21.3%.  The U.S. and Japan are in the early stages of negotiating a broad trade agreement, and the Office of the U.S. Trade Representative asked for industries’ views on negotiating objectives.

In 2017, exports of U.S. eggs and egg products to Japan had a value of $56.4 million, according to USDA’s Foreign Agricultural Service.