In comments prepared for filing, the Further Processors Division of United Egg Association and United Egg Producers plan to ask the U.S. Department of Agriculture to require lab-grown protein products to be labeled truthfully so consumers are not misled. 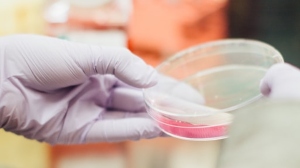 The Food Safety and Inspection Service (FSIS) is taking comments on an “advance notice of proposed rulemaking”, or ANPR, until December 2. An ANPR is a preliminary stage of regulation, often used when an agency is not yet certain what it intends to propose and is interested in the public's views. An ANPR is normally followed by a proposed rule, which allows further opportunity for comments.

In response to questions raised by FSIS, UEA and UEP will first ask the agency to include processed egg products in its rulemaking. The ANPR as published, covered only meat and poultry. (Since FSIS does not have primary jurisdiction over shell eggs, UEP and UEA’s comments primarily covered egg products.)

Egg producers and processors will also urge the agency to: