Blair Van Zetten was raised in the egg industry, taking over Oskaloosa Food Products in 1975 after his father's death. He was dedicated to advancing egg production and an active UEP member, most recently serving 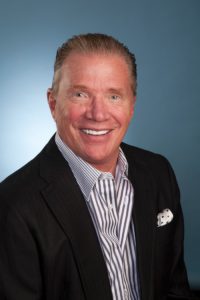 on the Board, Food Safety Advisory Council and the Government Affairs Task Force.

Van Zetten served as a board member for many other organizations, such as the American Egg Board, United Egg Association, and the U.S. Farmers and Ranchers Alliance. A founding member of the Iowa State University Egg Industry Center Board, he served as its first chair from 2008 to 2011. He was named Urner Barry’s Egg Person of the Year in 2016 and was inducted into the Iowa Poultry Association Hall of Fame in 2019.

On the Iowa State Campus, Van Zetten was known as “Mr. Egg” and led efforts to expand poultry science teaching and research. He served on the College of Dean’s Advisory Council. In 2020, Van Zetten was given the highest honor by ISU through the Alumni Association to individuals who are not graduates but have made significant contributions to the university.

Van Zetten passed away on January 18 and is survived by his wife, Wendy, three sons, three grandchildren, and other loving family members. Funeral Services will be at 10:30 a.m., Tuesday, January 26, at the First Presbyterian Church in Oskaloosa. The service will be live streamed on the First Presbyterian Oskaloosa Facebook page. Memorial contributions can be made to the Blair Van Zetten Memorial. For more information, visit Langkamp Funeral Chapel.