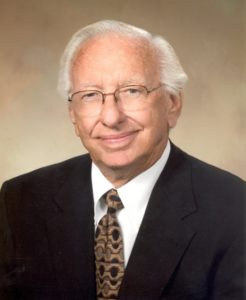 Ken Looper was active in the egg and poultry industry for almost 60 years. A long-time UEP member, he was on several committees and worked closely with the board and staff.

Looper served as a UEP officer and was chairman of the board from 1997 to 1999. He received UEP’s highest award, Egg Producer of the Year, in 1998. Looper was a member of UEP’s Long Range Planning Committee, and instrumental in the consolidation of regional cooperatives into one national egg cooperative.