Industry trailblazer and the founder of Cal-Maine Foods Inc., Fred Adams, passed away on March 29.  He started Adams Egg Farms in Jackson, MS, in 1957, focusing on poultry and commercial eggs. In 1969, the company merged with Maine Egg Farms in New England and Dairy Fresh Products Company, becoming Cal-Maine Foods, Inc. 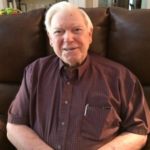 Over his more than 60 years in agriculture, Adams served in leadership roles for many egg and poultry organizations and was honored multiple times for his service. He was a founding member of UEP, serving as Chairman of the Board in 1971-1972  and was awarded Egg Producer of the Year in 1994. “This industry, UEP, the American Egg Board and the International Egg Commission would not be what they are today without Mr. Adams and his pioneering, charismatic, charming and thought-provoking leadership,” said UEP President Chad Gregory. “If we had a Mount Rushmore – Mr. Adams would most definitely be our George Washington.”

Fred was preceded in death by his first wife, Dorothy “Dot” Proctor Adams. He is survived by his second wife, Jean Reed Adams, and four daughters, five stepchildren and numerous grandchildren and great-grandchildren.

Plans for a memorial service and celebration of his life will be announced at a later date. Memorial contributions may be made to the MIND Center at the University of Mississippi Medical Center (Development Accounting, 2500 North State. St., Jackson, Miss., 39216), or to Christ United Methodist Church (6000 Old Canton Road, Jackson, Miss., 39211).

Nikolaus Schimpf, the founder of S&R Egg Farms, passed away on March 26. Born in Yugoslavia, Schimpf emigrated to the U.S. in 1951. In 1957, he started

the company with his father-in-law in Milwaukee, WI. Today S&R Egg farms is the largest egg production operation in Wisconsin with over 5 million egg-laying hens. This UEP Certified farm is currently operated by Schimpf’s children, grandchildren and many loyal managers and employees.

Schimpf is survived by his wife Helen, children, 11 grandchildren, and 20 great-grandchildren. Memorial contributions in honor of Nick can be made to the American Heart Association.