UEP, Other Influencers Call for Vote on Brashear Nomination 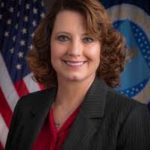 UEP is among ten of the nation’s largest and most influential agricultural organizations that have written Senate leadership, calling for an immediate vote to confirm Mindy Brashears as USDA’s undersecretary for agriculture. The organizations say Brashears is “eminently qualified to fulfill the critical role of overseeing the safety of the nation’s meat, poultry, and egg products.”