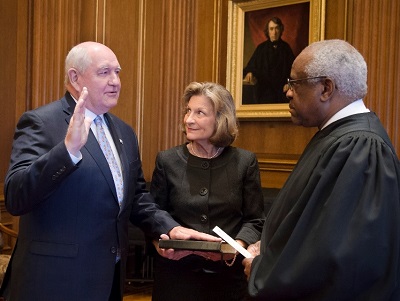 The United Egg Producers joined over 600 associations and companies that signed a letter in support of former Georgia Governor Sonny Perdue’s confirmation to be Secretary of Agriculture. Gov. Perdue grew up on a diversified row crop and dairy operation in central Georgia.

If confirmed, he will be the third Secretary of Agriculture to have actually lived and worked in agriculture throughout his life. Gov. Perdue has also been a practicing veterinarian and served in the Air Force. According to the letter, “As the former governor of a state that produces billions of dollars in food, fiber, specialty crops, nursery crops, dairy products, poultry and livestock each year, Gov. Perdue understands the critical role of feeding our country and the world.”