USDA released the proposed Organic Livestock and Poultry Standards on August 5. UEP staff is working with its producer leadership to define UEP’s position on this rule and submit comments, due on October 11. 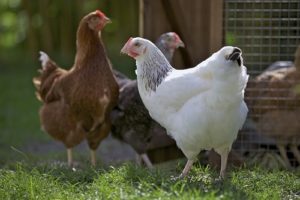 This rule has a long, complicated history. The National Organic Program established livestock living standards published in December 2000 and implemented in October 2002. This rule had few details regarding poultry living conditions, though it required laying hens to have outdoor access. In 2002 the National Organic Standards Board (NOSB) passed a recommendation that poultry should have access to soil.

Between 2009 and 2011, the NOSB made several more recommendations regarding poultry, many of which are included in the current proposed rule. In 2010, USDA Agricultural Marketing Service (AMS) published the draft guidance “Outdoor Access for Organic Poultry.” Though this rule was never finalized, the proposed guidance stated that maintaining poultry on soil or outdoor runs would demonstrate compliance with the outdoor access requirements.

In April 2016, a proposed rule was published incorporating NOSB recommendations, including disallowing porches. After reviewing comments, AMS published the Organic Livestock and Poultry Practices final rule on the last day of the Obama administration, January 19, 2017. The implementation of the date was moved back, as were most rules implemented in the final days of the Obama administration. After the delay, AMS under the Trump administration withdrew the rule, citing that the agency lacked the legal authority for the rulemaking and substantive errors in the economic analysis.

The rule was withdrawn in March 2018. In September 2017, the Organic Trade Association filed a lawsuit against the USDA for the delay and later modified its suit to object to the rule's withdrawal. While given several stays, the case is still active and pressures USDA to take action.

The current proposed rule mirrors the rule finalized in January 2017 but includes new economic analysis and justification for legal authority. There are many specifics in the rule, but the USDA explicitly seeks comment on a reasonable implementation timeline citing the options of five years, ten years, or another time period.