The Trump administration agreed to remove tariffs on steel and aluminum imports from Mexico and Canada, resolving a dispute that had stalled 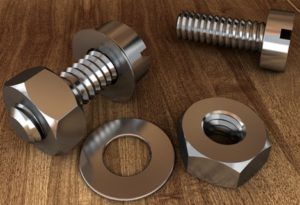 Congressional consideration of the proposed U.S.-Mexico-Canada Agreement (USMCA). That broad trade pact would take the place of the North American Free Trade Agreement if approved by Congress, but senior Republicans in the Senate had warned that tariffs must come off before lawmakers would vote on USMCA.

USMCA approval by Congress, which UEP and nearly all major agricultural groups have endorsed, is now more likely than before, but not guaranteed, in the view of most observers. In the House of Representatives, Democratic lawmakers have objected to longer patent-term protection for biologics, as well as calling for enforcement mechanisms to protect labor rights in Mexico.

Just as one set of tariffs came off, the administration started a process that could lead to more. Using the same national-security law, the White House ordered a six-month negotiation with the European Union and Japan to reduce automotive shipments from those countries. Although the move means no tariffs will be imposed immediately, it may contribute to continuing uncertainty in the markets, since restrictions on vehicle and auto parts imports would have ripple effects throughout the economy if they were actually imposed.