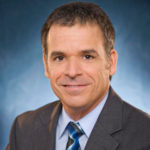 The FDA has named Frank Yiannas, the vice president of food safety at Wal-Mart, as deputy commissioner for food policy and response to replace Stephen Ostroff, who is retiring in January.

Before moving to Walmart, Yiannas was the safety and health director at Walt Disney World for twenty years and has served as President for International Association for Food Protection.  He has a bachelor’s degree in microbiology from the University of Central Florida and a master’s in public health from the University of South Florida.

FDA Commissioner Scott Gottlieb stated “Dr. Ostroff was instrumental in recruiting Mr. Yiannas to the Agency. Dr. Ostroff will remain at the FDA until January as a senior advisor to me and will help Mr. Yiannas transition into his new role.”